Welcome to all my readers and Merry Christmas to you to. Have any of you asked the question, what if Santa Claus were a real person? Well I’m here to let you all in on  a Christmas secret. Santa is a real person. We think when we tell our children, grandchildren, nieces and nephews that you better be good because Santa Claus is coming to town. Do we really think we can pull the wool over their eyes or is it just easier for them  to believe? Do you know it’s easier for a child to believe in Santa Claus than it is for an adult to believe in Santa Claus? Let’s take a look at that from a Child’s point of view and an adult’s point of view.

I was so interested in finding out if Santa Claus was real or a figment of our imagination. Well I checked on the internet and lo and behold I found my answer. Would you believe Santa Claus is a real person. I can already hear some of you saying Yeah Right.

Did you know the legend of Santa Claus can be traced back hundreds of years to to a monk named St. Nicholas. It is believed that Nicholas was born sometime around 280 A.D. He was much admired for his piety and kindness, St. Nicholas became the subject of many legends. It is said that he gave away all his inherited wealth and traveled the countryside helping the poor and the sick. One of the best-known St. Nicholas stories is the time he saved three poor sisters from being sold into slavery or prostitution by their father by providing them with a dowry so they could be married.

Over the course of many years, Nicholas’s popularity spread and he became known as the protector of children and sailors. His feast day is celebrated on the anniversary of his death, December 6. This was traditionally considered a lucky day to make large purchases or to get married. By Renaissance, St. Nicholas was the most popular saint in Europe. Even after the Protestant Reformation, when the veneration of saints began to be discouraged, St. Nicholas maintained a positive reputation, especially in Holland.

Did you know? The Salvation Army has been sending Santa Claus-clad donation collectors into the streets since the 1890’s.

From A Child’s Point Of View:

From a child’s point of view Santa Claus is real. To them a “fat guy” in a red suit giving good little good girls and boys extra presents on Christmas Eve(December 24) is like hitting the jackpot. They don’t think much about what they have to until closer Christmas. Then one day some kid spoils it for them and says Santa Claus isn’t a real person. Well guess what children? Keep writing those letters to Santa Claus and keep believing in Santa Claus because he is real.

From An Adult’s Point Of View:

So What Have We Learned?:

Reference Links & Links You Can Learn More About Santa Claus:

Our Wish To Everyone:

Daisy Mae And I want to wish everyone a very Merry and Safe Christmas And Happy New Year to all!!🎉🎉

I love cats and I am a animal lover. I like most sports. For example: Nascar, Golf and etc.... I like meeting new people and making new friends. I am on Bloglovin', Katzenworld Forum and I am on Linked In. I live in a small town in Pennsylvania. I also like taking pictures and writing poetry. I've met Maya Angelou and that was a WOW experience. I love hot wings. I love cats, dogs and most other animals. View all posts by Crystal

This site uses Akismet to reduce spam. Learn how your comment data is processed. 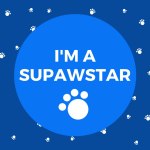 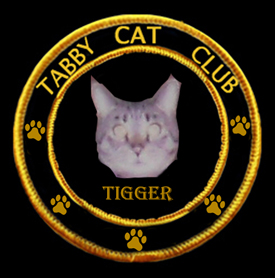 Hi everyone, the above is a sample of my Goodreads Books. To see my profile and ALL my READ BOOKS, please click on the following links: